At the highest level, your MedStack Control environment is divided into clusters. A cluster contains hardware, networks, and nodes (virtual machines).

Running on the cluster and nodes is a Docker swarm, which consists primarily of services, tasks, and containers. Each service is a definition of the containers you want to have running on the swarm. The service has a Docker image that it will use to create containers and some other configuration. Once created, the service will then start one or more tasks. Each task will then attempt to run a container in the appropriate place. Once the container is running, it behaves like any other Docker container.

When you create a cluster in MedStack Control, a Docker swarm is automatically created and runs on the cluster. Some of the nodes are manager nodes, which run the swarm software, and all of the nodes are workers, which run containers. For more information on Docker Swarm, see https://github.com/docker/swarm.

The following example has a cluster with two node virtual machines (#1 and #2). Running on the cluster is a swarm with two services (A and B): 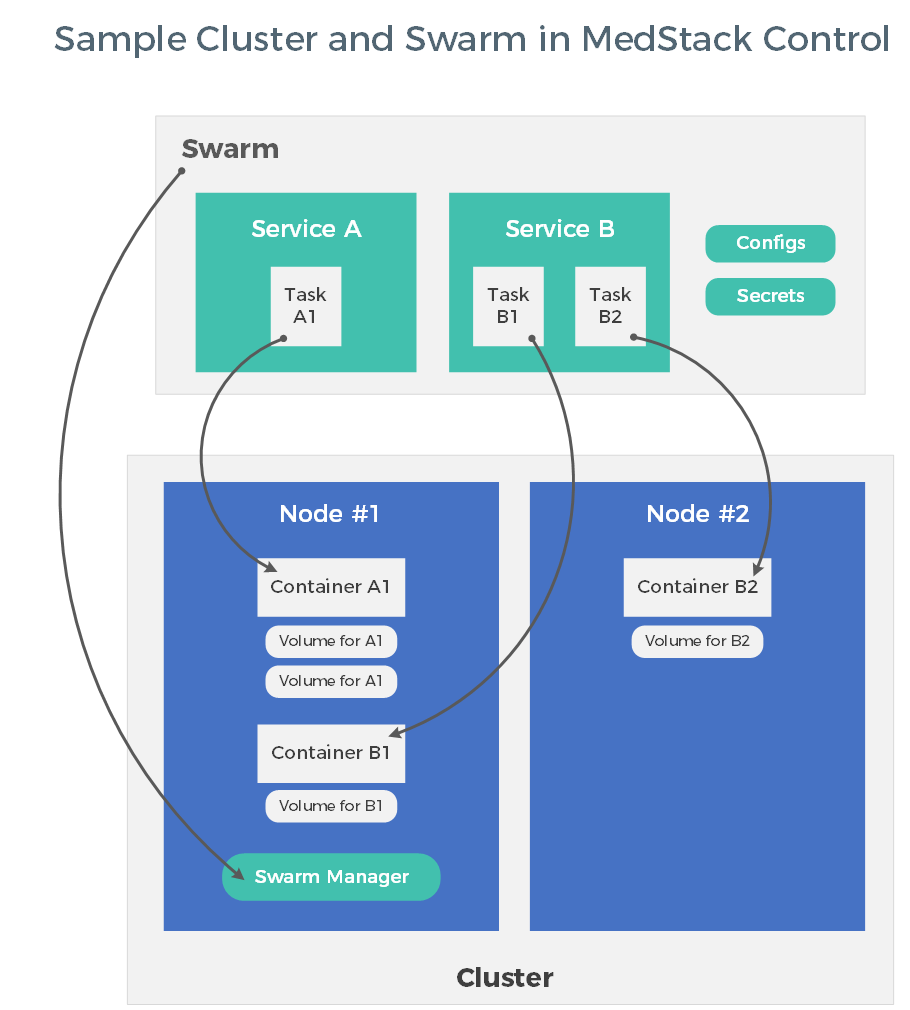 Other key concepts you should understand include:

Did this answer your question? Thanks for the feedback There was a problem submitting your feedback. Please try again later.

Submit a request for support